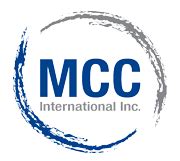 On Aug. 1, 2019, a federal grand jury returned a 71-count superseding indictment against Liwen Wu, aka Peter Wu, Jianmin Xu, and Yan Shi.  The charges were unsealed today.  The indictment alleges that these individuals committed criminal acts while holding executive positions with IPI and MCC International Saipan.  The defendants are accused of utilizing criminal labor practices during ongoing construction of the Grand Mariana Casino Hotel and Resort on the island of Saipan.  The defendants are further alleged to have transferred over $24 million into the United States to promote their illegal activity.

All three defendants are foreign nationals who currently reside outside of the United States.  Upon returning to the United States, the individuals will be arrested, arraigned, and brought to trial in federal court.