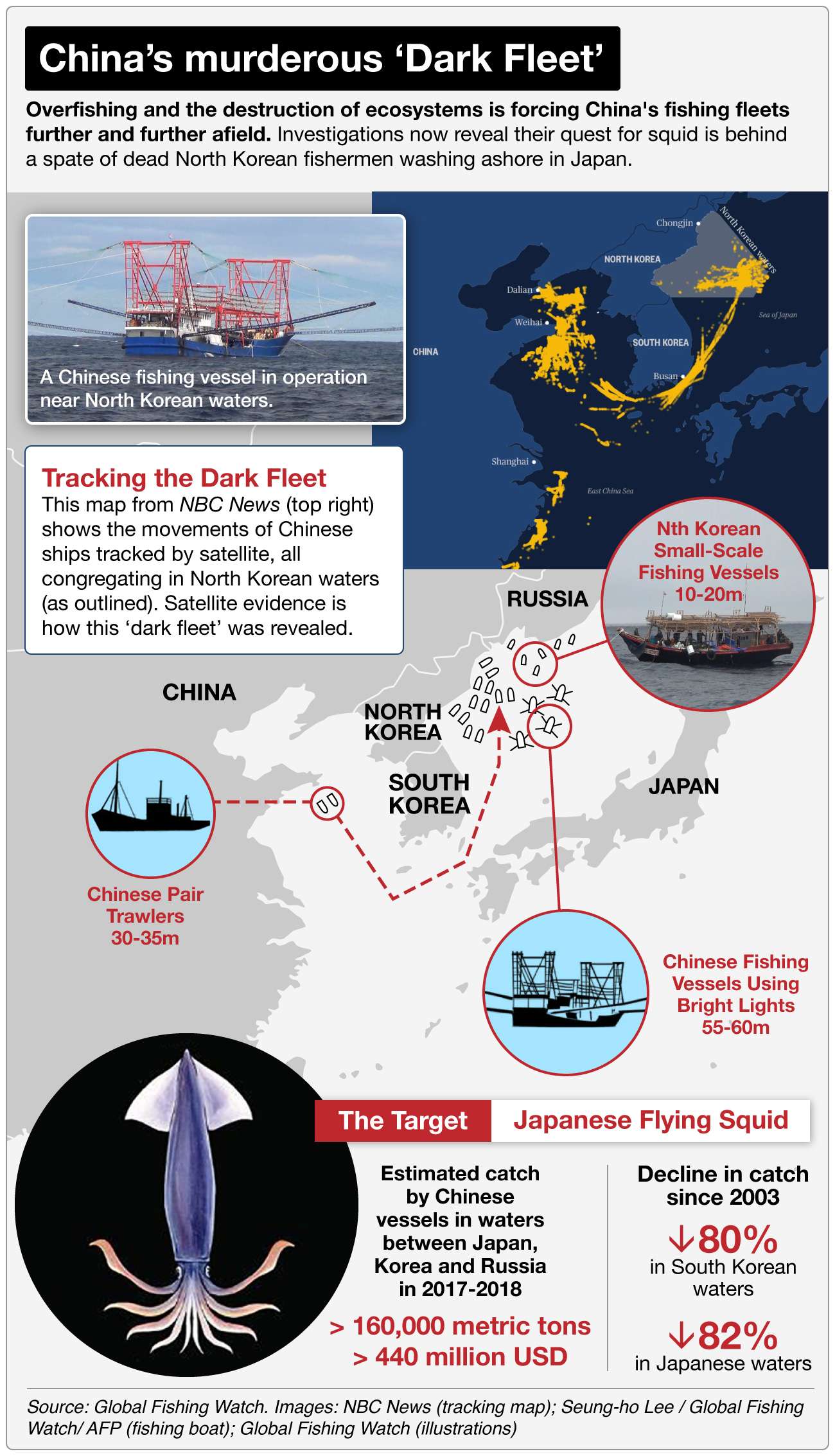 It’s been a gruesome mystery for years: the wrecks of wooden boats crewed only by skeletons found adrift in the Sea of Japan.

But these ‘ghost ships’ have become a macabre spectre: More than 150 washed ashore last year alone. Some are split in half. Others are empty, but eerily intact. Some carry dead crews. A few hold steadfastly silent survivors. All were clearly North Korean.

Japanese authorities assumed the poverty-stricken fishers had sailed too far for too long in a desperate hunt for increasingly scarce fish. Or that they were defectors from North Korean leader Kim Jong-un’s authoritarian regime.

Now NBC News and a report by the University of Wollongong has exposed the presence of a vast, anonymous “Dark Fleet” operating in North Korean waters. And it’s been directly linked to Beijing.