Those carving out organs from living innocents with their scalpels aren’t the only ones complicit in the crime of forced organ harvesting. Silence amounts to complicity, too.

That was one of the arguments raised at a March 23 virtual roundtable held on the sidelines of a U.N. Human Rights Council meeting, where a panel consisting of a UK lawmaker, doctors, lawyers, and activists discussed the decade-long lack of action concerning communist China’s state-sanctioned organ pillaging that has resulted in the deaths of an untold number of faith believers.

END_OF_DOCUMENT_TOKEN_TO_BE_REPLACED 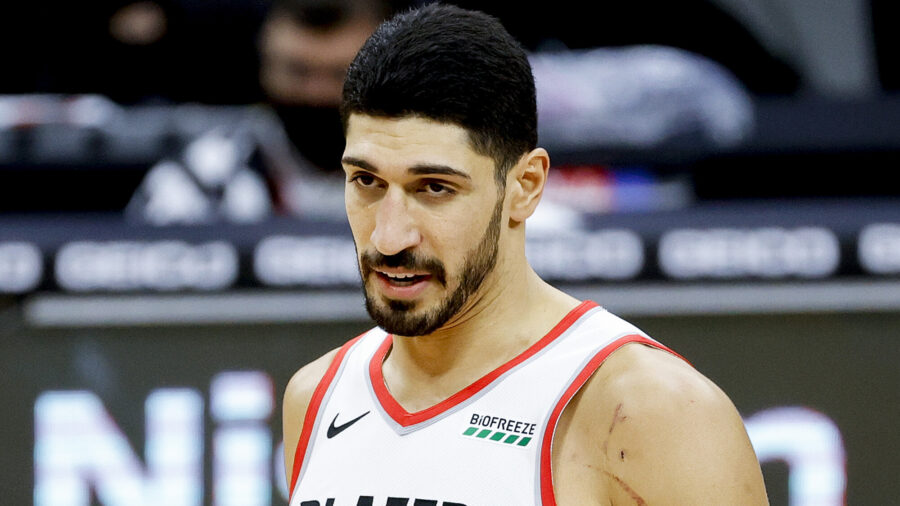 Boston Celtics player Enes Kanter on Nov. 16 slammed Beijing for its industry-scale killing of prisoners of conscience for their organs, doubling down on his social media crusade against the regime over its wide-ranging human rights abuses.

A famous Chinese transplant surgeon’s death raises suspicions. It’s been ruled a suicide, but some are pointing to the Chinese regime’s practice of forced organ harvesting.

China’s most important annual political meetings are scheduled for later this week. But authorities there seem to be ramping up suppression of activists and justice-seekers ahead of the event.

A pandemic-control volunteer in China is asked to quarantine. But his stay quickly took an unexpected turn when he witnessed people there being driven insane by the facility’s poor conditions.

The numbers of organ transplants performed in China and the speed with which organs become available has raised international concern about the source of organs. It is publicly declared that organs come from executed criminals and that consent is given.

However, there are allegations of an even more macabre scenario—that prisoners are systematically subjected to surgery specifically to remove their organs for transplantation. In this essay I explore the plausibility of this claim against our knowledge of doctors’ complicity with the events leading to the holocaust and the practicalities of contemporary organ transplantation.

Organ transplantation has increased in China at a remarkable rate.

Forty-nine Virginia state lawmakers recently drafted a letter to Secretary of State Mike Pompeo, urging him to raise awareness about the plight of persecuted faith group Falun Gong in China.

This July marked 21 years of the Chinese Communist Party (CCP)’s suppression of Falun Gong, a spiritual practice with meditative exercises and moral teachings based on truthfulness, compassion, and tolerance.

First introduced in China in May 1992, the practice grew in popularity. By 1999, 100 million people in China—or about one in 13 Chinese—were practicing Falun Gong, according to Chinese state reports.

Then-head of the CCP Jiang Zemin launched a brutal persecution of Falun Gong on July 20, 1999, with authorities rounding up practitioners and detaining them inside prisons, jails, and brainwashing centers. Thousands have since died under torture, according to Minghui.org, a U.S.-based website that documents the persecution.

The lawmakers described in the letter the torture methods used by authorities, as described by Falun Gong survivors currently residing in Virginia.

LONDON—Members of an independent people’s tribunal have unanimously concluded in an interim judgment that forced organ harvesting from prisoners of conscience has taken place in China “on a substantial scale.”

“The charges are that many groups including Falun Gong practitioners, Uighurs, some Christians, and some Buddhists, have been taken as prisoners, checked on a regular basis whether they are medically fit, and then, when the time comes, their organs are removed. Some stories say without any anesthetics, in a very horrible way—and immediately transplanted into an organ visitor,” said Hamid Sabi, legal counsel to the tribunal, before the hearings began.

The draft judgment, which is unusual for a people’s tribunal, was made Dec. 10 in hopes that it may spare innocent lives from harm in China.

“[The] oxygen of publicity may allow the real oxygen of life to continue for those who might otherwise be killed,” said chair of the tribunal, Sir Geoffrey Nice QC, who previously led the prosecution of Slobodan Milošević at the International Tribunal for the former Yugoslavia.

The final judgment is due in spring of next year, and is set to detail whether international criminal offenses were committed, who the perpetrators are, and the numbers of forced organ harvesting victims involved.

Until then, submissions of evidence are still open, and so is the invitation to the Chinese regime to join the proceedings, for which they have so far provided no response.

Public hearings for the China tribunal started Dec. 8 and ran for three days, during which more than 30 witnesses, including refugees, investigators, and doctors presented disturbing evidence.