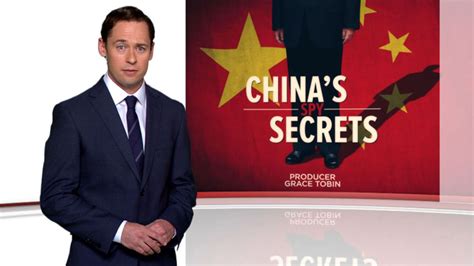 China will offer citizens as much as $15,000 in cash for reporting threats to “national security”, state media reported, in Beijing’s latest move to whip up fears of external foes.

Citizens offering information that leads to the discovery of “acts endangering national security” could be rewarded as much as 100,000 yuan, depending on their role in preventing or solving a case, according to the guidelines. END_OF_DOCUMENT_TOKEN_TO_BE_REPLACED

China is using a whole-of-society approach to steal its way to become a military power, and the U.S. government needs to better defend against such an espionage campaign, said a retired CIA officer. END_OF_DOCUMENT_TOKEN_TO_BE_REPLACED

A Chinese researcher who once worked at The Jackson Laboratory is under FBI investigation, for allegedly failing to disclose his financial ties to China in applications for U.S. government funding.

Ruan Yijun, a geneticist, failed to disclose his participation in a Chinese state-sponsored recruitment program called the Thousand Talents program and his collaboration agreement with China’s state-run Shenzhen People’s Hospital, according to an FBI affidavit unsealed on Mar. 2. The affidavit was filed in federal court in Bangor, Maine, on Dec. 30 last year.

The Chinese Communist Party (CCP) has directed certain overseas Party cells to destroy sensitive documents and safeguard Party secrets, in response to heightened scrutiny in the West of the regime’s covert activities abroad, an internal document obtained by The Epoch Times reveals.