Weibo, China’s equivalent of Twitter, told users it would start to publish their IP locations on their account pages and when they post comments, in a bid to combat ‘bad behavior’ online.

In other words, a social media platform that gonna dox its own users. 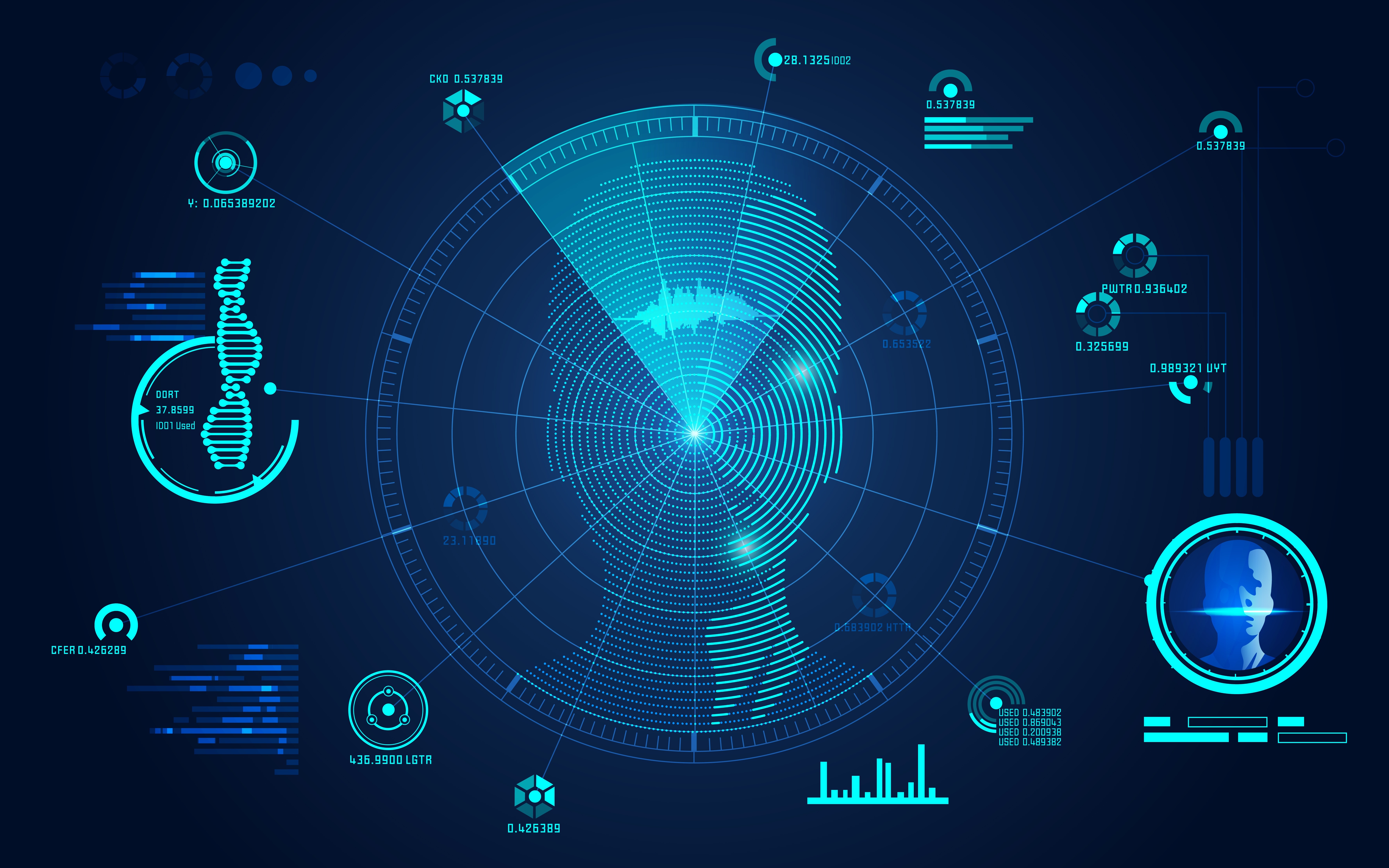 Chinese government has identified genetic data as a national strategic resource and is strengthening state control over the country’s gene banks and other repositories of genetic information – Axios.

In 1936, Nazi Germany, already gaining world notoriety for its authoritarian, xenophobic culture, hosted the Summer Olympics. Some 85 years on, the despotic Chinese Communist Party—with its doctrine of “unrestricted warfare” against America and the Western world—is charged with hosting the Winter Olympics. END_OF_DOCUMENT_TOKEN_TO_BE_REPLACED

On January 16, 2022, citizen journalist and Falun Gong practitioner Xu Na was sentenced to eight years in prison and fined 20,000 renminbi ($3,100) on charges of “undermining the implementation of the law.”

END_OF_DOCUMENT_TOKEN_TO_BE_REPLACED

The Federal Office for constitutional protection claimed the group is attempting to steal trade secrets and intellectual property. It’s alleged that Chinese hackers may be going after customers and service provider networks too, to infiltrate a number of companies at once.

The Federal Communications Commission (FCC) has voted unanimously to revoke authorization for China Unicom’s American unit to operate in the US. The firm must now stop providing telecom services in the country within 60 days, the FCC said. END_OF_DOCUMENT_TOKEN_TO_BE_REPLACED

Labor transfers within the Xinjiang Uyghur Autonomous Region (XUAR) and to other parts of China meet the definition of forced labor and could be classified as crimes against humanity in an international court of law, according to a new report by German researcher Adrian Zenz. END_OF_DOCUMENT_TOKEN_TO_BE_REPLACED

The identities of 161 Australian citizens — including a former intelligence chief, government officials and business leaders — have been exposed in a hacked Shanghai security database which reveals the inner workings of China’s surveillance state. END_OF_DOCUMENT_TOKEN_TO_BE_REPLACED

A 90-year-old in China is detained by police. She’s been fighting for her rights for more than a decade, after her home was torn down by authorities.

Some of China’s richest are now behind bars. That’s after they were recruited by the Chinese Communist Party, and got a little too involved in its internal power struggle.

Is Xi Jinping the cause for the Chinese regime’s aggression? The daughter of Mao Zedong’s secretary says the CCP has long sought global domination.

Beijing is pushing its digital currency to compete on the world stage. It’s going up against the world’s biggest cryptocurrency.

And the U.S. Commerce Secretary is found to own a stake in a Chinese tech giant. The corporation owns messaging App WeChat, which is now under review by the Commerce department.

After the outbreak of the CCP virus, the personnel of BGI Group tried to distribute its products contacted at least 11 states in the United States to promote testing products to enter government-run laboratories or establish entire laboratories.

U.S. officials are very skeptical and concerned about the BGI Group proposal and its ties to the CCP government. Bill Evanina, the top counterintelligence official, then ordered a bulletin to state governments, hospitals, clinics, and interested groups warning that “outside powers may collect, store, and use biometric information obtained through CCP virus testing,” and that the genetic data would go to an unknown destination. BGI Group has denied any involvement in the conduct in the warning in question.

In 2010, the U.S. Department of Defense found thousands of its computer servers sending military network data to China — the result of code hidden in chips that handled the machines’ startup process.

In 2014, Intel Corp. discovered that an elite Chinese hacking group breached its network through a single server that downloaded malware from a supplier’s update site.

And in 2015, the Federal Bureau of Investigation warned multiple companies that Chinese operatives had concealed an extra chip loaded with backdoor code in one manufacturer’s servers.

Each of these distinct attacks had two things in common: China and Super Micro Computer Inc., a computer hardware maker in San Jose, California. They shared one other trait; U.S. spymasters discovered the manipulations but kept them largely secret as they tried to counter each one and learn more about China’s capabilities.

The regime in Beijing might have access to raw audio data from mainland Chinese users of the U.S.-based audio app Clubhouse, according to a recent analysis by researchers at the Stanford Internet Observatory.

The Stanford researchers speculated that the regime could potentially punish Clubhouse users in China for their speech on the app, given the regime’s history.

Many inside China began using the invite-only app for uncensored discussions, before Beijing blocked it last week. The app says that it doesn’t record conversations, thus giving users a certain degree of privacy.

Chinese users took to the platform for discussions considered taboo by the Chinese Communist Party (CCP), such as the suppression of Uyghurs in the Xinjiang region and Hong Kong’s freedoms and democracy.

America must acknowledge that every transaction with any Chinese entity may well be a deal with a genocidal regime hellbent on becoming the dominant world power.

China wants the West to know it loves “openness,” “inclusiveness,” and “cooperation,” Communist dictator Xi Jinping told the World Economic Forum on Jan. 25. This is the same Jinping who is perpetrating the Xinjiang genocide and working to crush freedom from Hong Kong to Taiwan and far beyond.

One can understand why Xi’s speech was titled, “Let the Torch of Multilateralism Light up Humanity’s Way Forward.” Economic, military, and political relations with the mostly free world have been very good to China. These ties have enabled a Chinese Communist Party (CCP) that cares nothing for any of the principles Xi claims to espouse to pursue hegemony.

As the new U.S. administration takes office, there are concerns about the next steps in U.S.-China relations and their impact on the global landscape. Will Trump’s hard-line policy toward China change under the Chinese Communist Party (CCP) ‘s slogan of “community with shared future for mankind”, a controversial propaganda used by Chinese leaders frequently in recent years? Chinese hackers exploited a flaw in SolarWinds software to break into U.S. government computers, according to reports from Reuters.

“Two people briefed on the case said FBI investigators recently found that the National Finance Center, a federal payroll agency inside the U.S. Department of Agriculture, was among the affected organizations, raising fears that data on thousands of government employees may have been compromised,” the outlet added.

The Chinese-led hack is distinct from the recent Russian cyberattack on SolarWinds, which compromised several U.S. federal agencies.

Among the data potentially included in the hack were “federal employee social security numbers, phone numbers and personal email addresses as well as banking information.”

“Depending on what data were compromised, this could be an extremely serious breach of security,” said Tom Warrick, a former senior official at the U.S Department of Homeland Security. “It could allow adversaries to know more about U.S. officials, improving their ability to collect intelligence.”