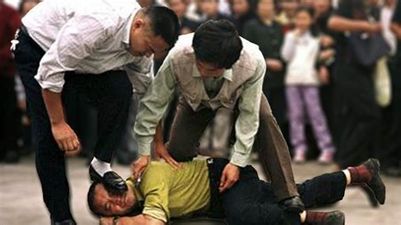 Leaked documents from the Political and Legal Affairs Committee (PLAC) in Tieling county of China’s northeastern Liaoning Province reveal that the Chinese Communist Party’s (CCP) effort to “transform” or “zero out” Falun Gong remains the prime target of the regime.

One of the documents titled “Progress Report Submitted to the Provincial PLAC Inspection Group” said that in April 2019, nine of the highest-ranking ministries under the CCP’s Central Committee issued an order to force all Falun Gong practitioners to give up their spiritual practice.

Minghui.org, a website that documents the CCP’s campaign of persecution against Falun Gong, reported that policemen knocked on the door of Peng Zhiqiang’s parents’ home, demanding “You must sign these papers, or else.” The couple refused to sign, and the police left.

Then the police called the couple’s son who is not a Falun Gong practitioner and said “your parents did not want to sign the papers, this will cost you your career unless you sign for them!”