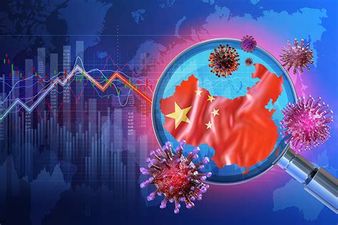 China’s unemployment rate rose to 6.1% in April, the highest level since the early stages of the Covid-19 pandemic in February 2020.

It comes as widening lockdowns cause a sharp slowdown in activity in the world’s second largest economy, according to the BBC.

According to the BBC, full or partial lockdowns were imposed in dozens of cities in March and April, including a lengthy shutdown of the commercial center Shanghai.

Following the worst outbreaks of the virus since 2020, Chinese Premier Li Keqiang recently described the country’s employment situation as “complicated and grim.”

Nonetheless, the government intends to keep the unemployment rate below 5.5% for the entire year.

The increase in unemployment occurred as a result of the Chinese economy being affected by lockdowns.

According to China’s National Bureau of Statistics, retail sales fell by 11.1 percent in April from the previous year, the largest drop since March 2020.

This was significantly worse than March’s 3.5 percent drop and fell short of economists’ expectations of a 6.1 percent drop.

At the same time, industrial production fell 2.9% year on year as measures to halt the spread of the coronavirus had a significant impact on supply chains.

According to the BBC, this was the largest drop since February 2020 and marked a reversal of the 5% gain in March.

However, Shanghai announced plans on Monday for the return of more normal life at the beginning of next month, as well as the end of a lockdown that has lasted more than six weeks and contributed to China’s economic slowdown.